Placing the region at the heart of the energy transition 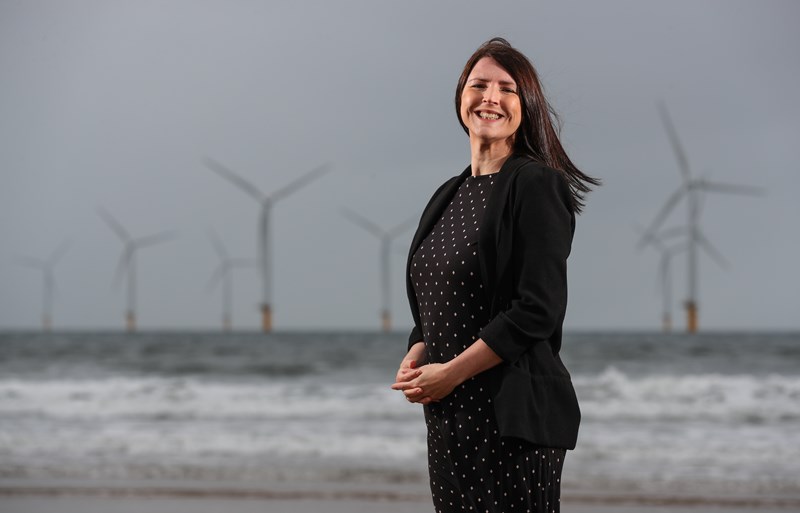 Energi Coast is North East England’s offshore wind cluster, which, since it was established in 2011, has championed the expertise and experience of the region in this increasingly important area of clean energy generation.

The cluster has grown to become integral to the delivery of the government’s Offshore Wind Sector Deal, which was introduced in 2019 to build on the UK’s global leadership in offshore wind and maximising the advantages for British industry from the worldwide shift towards clean energy.

North East England is becoming a major contributor to achieving net zero through its offshore wind activities, but also through the development of hydrogen and Carbon Capture & Storage (CCS) solutions, that are being led by initiatives such as the Northern Endurance Partnership that includes Net Zero Teesside.

Founded by North East England-based national energy sector business development organisation, NOF, Energi Coast was originally a steering group made up of like-minded supply chain companies to showcase the collective capabilities and experience of the region in national and international markets.

As a result, when a set of eight regional clusters were established as part of the sector deal, Energi Coast was ideally placed to be selected as the representative cluster for North East England and set the template for other UK regions.

Continuing to be managed by NOF, which delivers all Energi Coast activities in the UK and overseas, the cluster has grown to include more than 30 organisations based in the region that are all heavily involved in the offshore wind sector.

“Since the industry’s inception North East England has been at the forefront of offshore wind and has made great strides in the development of products, services, skills and innovation that has helped the UK become a world leader in offshore wind,” said Tony Quinn, Chair of Energi Coast, who is also Test & Validation Director at the Offshore Renewable Energy Catapult in Blyth.

“The region is home to the world’s first offshore wind farm and has also built on its tremendous industrial legacy to produce technology-led solutions that has led to the formation of a collaborative supply chain that has contributed to the majority of the world’s offshore wind developments,” he said.

Within the cluster are a cross section of organisations, which, in addition to manufacturing and engineering-based members of the supply chain, also includes academia and training providers. The cluster also continues to benefit from the involvement of the region’s two Local Enterprise Partnerships, which share the common goal of building on North East England’s world-leading position in the industry.

Significantly, Energi Coast has the support of some of the world’s most prominent offshore wind developers. Equinor and SSE Renewables, which are developing the world’s largest wind farm, Dogger Bank (DBWF), along with their partner Eni, and RWE, which is developing the Sofia Offshore Wind Farm, benefit from the opportunity for close collaboration with Energi Coast as they look to build long term supply chain relationships.

“North East England has a strong industrial track-record that spans the energy sector, which presents the Dogger Bank Wind Farm with the opportunity to tap into a supply chain close to the development,” said Tom Nightingale, North East Stakeholder Manger from Equinor.

This is echoed by RWE’s Graham Wright, Sofia’s Supply Chain Manager who says, “Working with Energi Coast allows our team to build relationships with local suppliers that are highly experienced in the offshore wind sector, ensuring positive collaboration to create innovative solutions and provide services that meet the requirements of the Sofia Offshore Wind Farm.”

A key resource for the developers, and others in the sector, is the new online Energi Coast Supply Chain Directory, which provides comprehensive information on the products and services provided by the Energi Coast cluster supply chain.

The developers will be well represented at the upcoming Offshore Wind North East (OWNE) exhibition and conference, which takes place on 1st and 2nd December, where project teams from Sofia, DBWF as well as Van Oord and GE Renewable Energy will be available to meet with delegates in dedicated networking lounges.

These wind farm developments, located off North East England coastline, are presenting opportunities for the supply chain and stimulating investment, and key to the government’s net zero strategy and ten point build back greener plan.

This includes GE Renewable Energy’s plans for a blade manufacturing facility on Teesside, which could create 750 direct jobs and 1,500 in the supply chain, which will form part of the Freeport that will contribute to the next generation of offshore wind projects.

Other notable upcoming developments facilitated by this region’s role in offshore wind include JDR Cables £130m manufacturing facility at the Port of Blyth, and the Port of Tyne being selected as the Operations & Maintenance Base for the Dogger Bank Wind Farm.

“The depth and breadth of North East England’s supply chain has enabled the region to become a hub for companies that support UK and global projects, which has led to continued investment from businesses and organisations keen to be part of the cluster,” says Tony.

“We are in a very dynamic period for the offshore wind sector where our region remains a major contributor and is creating opportunities for companies to establish themselves and grow as part of our cluster.”

Osprey Group is making a £multi-million investment to increase its fleet of Self-Propelled Modular T...