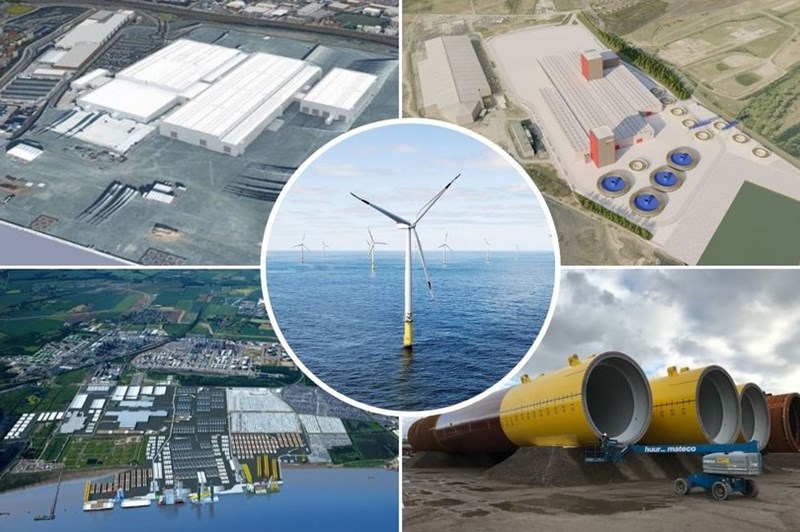 Major investment announcements totalling more than £900 million have been made this year - the highest on record since the industry arrived in the UK in 2000.

JDR Cables’ plans for a new £130 million factory in Northumberland followed a run of high profile investment decisions as deployment targets were raised and accelerated as part of a green recovery, with higher demands for domestic content throughout the supply chain.

The figure, released following analysis by RenewableUK, is being celebrated as the trade association’s Global Offshore Wind conference and exhibition opens in London.

RenewableUK’s chief executive Dan McGrail, who was instrumental in Siemens Gamesa’s blade factory development at Hull - itself doubling capacity as one of the huge projects - said: “This record year of over £900 million of investment in major British offshore wind manufacturing plants shows that the 2020s is the decade of delivery for the UK’s offshore wind sector.

"The offshore wind industry is making good on its commitments to create tens of thousands of jobs and attract billions in investment in state-of-the-art factories around the country. 26,000 people already work in this sector and that’s set to increase to 69,000 over the next five years.

“The Government is playing an important role in securing supply chain investment by providing strategic funding support to deliver the green economic recovery this country needs. This new funding to develop world-class offshore wind hubs in ports like Teesside and the Humber is a clear example of levelling-up in action”.

JDR is creating 170 jobs at Cambois, near Blyth, while safeguarding 270 jobs at the cable manufacturer’s existing plant in Hartlepool.

That was in July, as was Smulders Projects UK, with a £70 million commitment to manufacturing giant offshore wind turbine transition pieces at its site at Wallsend in Newcastle, safeguarding up to 325 direct jobs.

Siemens Gamesa’s announcement followed in August, with £186 million being spent to double the size of its offshore wind turbine blade factory in Hull, creating 200 direct jobs. Work has begun.