“Super port? We already are one,” says PD Ports boss 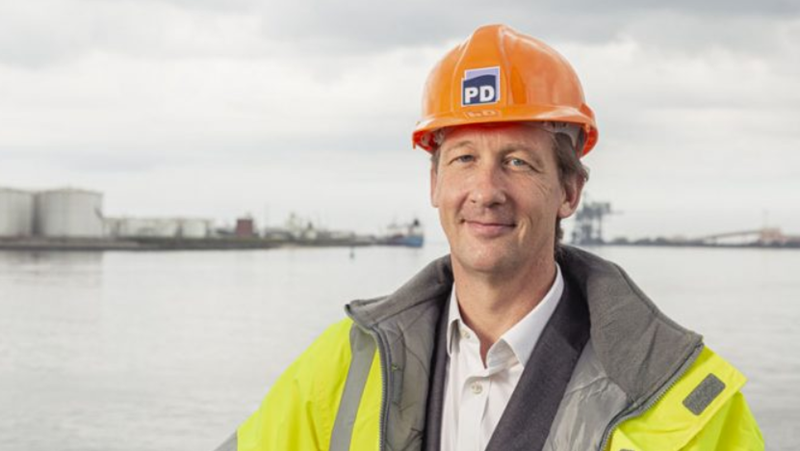 Amid all the positive noise about Teesside’s freeport status, and its potential to be a “super port”, PD Ports boss Frans Calje has a simple message: “We already are one.”

It’s reported investors are backing a bid by Tees Valley mayor Ben Houchen to acquire Teesport owner PD Ports after its owner since 2009, Canadian asset manager Brookfield, put it up for sale.

The £2bn takeover attempt is seen as a step towards making Teesport what’s been dubbed a “super port”. But Mr Calje, PD Ports chief executive since 2017, insists it’s there already.

In a wide-ranging interview with The Times, he said: “Can we just for the record say that it already is a super port. And it doesn’t necessarily depend on any other developments that people might think they are going to be a part of.”

The decision in March’s Budget to grant freeport status, just as the east coast is becoming a major offshore energy centre, further establishes Teesport as one of the jewels in the country’s logistical crown.

Britain’s fifth largest port, its position next to the 4,500-acre Teesworks development zone makes it an attractive proposition indeed.

The only port in England that exports more goods than it brings in, supporting 22,000 jobs and contributing £1.4bn to the UK economy every year, it’s a gateway to the world from the north of England.

Mr Calje is upbeat about the prospects for Teesport, PD Ports and for Teesside itself which, he says, is “on the threshold of becoming the centre of excellence” for green energy.

That belief is buoyed by BP’s commitment to building a clean energy facility and LM Wind Power’s plans for a wind turbine factory to produce 107m-long blades for the Dogger Bank Wind Farm.

Calje told The Times he was happy to work with anybody who “buys into” a strategy set out in a 30-year plan.

A married dad-of-three, Mr Calje, 49, grew up near Rotterdam and worked at the city’s huge port in his formative career years – “it was probably the best job I ever had,” he recalled.

“There was no management, there was no confusion.” He then worked at ports around the world before landing at Teesport around 12 years ago.

And while he says he had never planned to stay in the UK for as long as he has, his desire to see through his strategy and for the region to realise its potential means he’s still here and as committed as ever, especially to the green energy agenda.

He said: “It’s all about ambition, aspiration,” he said. “I really want to see that now progressing to the next level where it gets delivered.”

Demand to use the port for inter-European trade has increased since Brexit, he says. And while he’s been surprised by the recovery in the global economy over the past year, it’s meant a shortage of labour and materials.

But he saw the current lorry driver shortage coming six years ago, hence PD Ports’ investment in its own freight rail network, which allows easy access to the rail network and insulates it from the road haulage situation.

As for the future, he’s enthusiastic about bringing more apprenticeships into the company, while always acknowledging its illustrious history.

And when it comes to leadership, he says: “Simply, trust your people.”