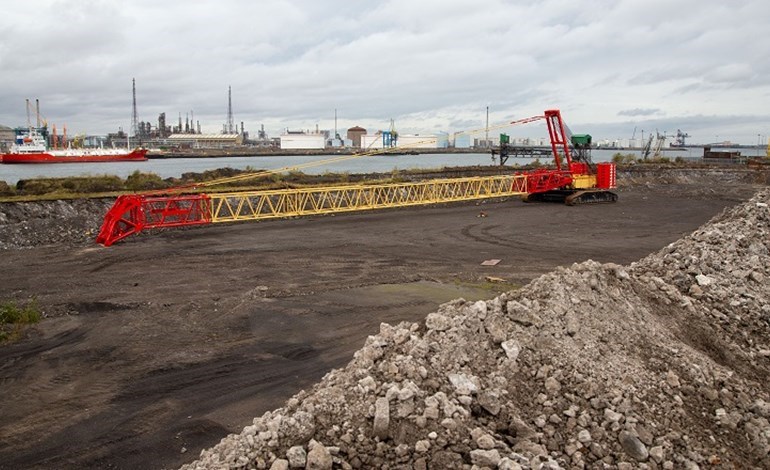 UK contractor Graham has begun construction works for the new South Bank Quay on the River Tees in the UK.

The heavy-lift quay, along the banks of the River Tees, will provide direct access to the offshore wind farms being built off the UK north-east coast.

The 1.2 km quay will support GE Renewable Energy’s wind turbine blade facility and play a role in the loading out and shipping of the 107 metre long blades for the Dogger Bank wind farm.

The development works include ripping out the dilapidated concrete and wooden jetties of the former Heavy Fuel Oil Farm and Tarmac.

Two million tonnes of earth will be excavated create the deep-water berthing facility.

A huge pile-driving crane has been delivered to the site this week ahead of the installation of tubular piles that will be pushed into the riverbank to create hardstanding and logistical space.

Paul Scott, Graham contract director for the project said: “We are delighted to be starting the development of the new South Bank Quay – a project that will put the Teesworks site at the forefront of the offshore wind sector.”