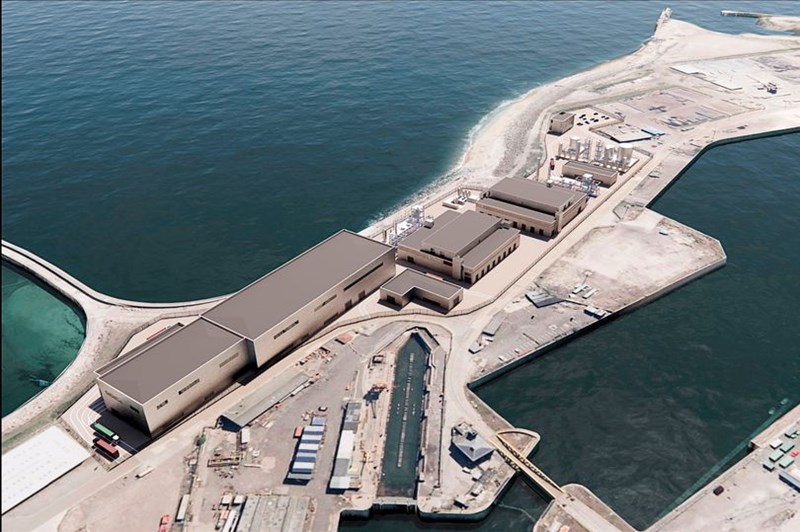 A Norwegian firm is hoping to create around 50 jobs in the North East after unveiling plans for a recycling plant in Sunderland.

Quantafuel has announced proposals to expand its operations into the UK with a series of processing plants that would create high value products from plastic waste.

The company transforms plastic waste into sustainable products that are in high demand and aims to help the battle to reduce plastic waste.

It is working on a 12-acre site on the eastern edge of the port, saying that its plans would create 50 jobs, plus hundreds in the construction process.

“This is an important step because we see strong potential in the UK market. By upgrading used plastic waste into valuable products, we will contribute towards the circular economy and help to improve the UK’s plastic recycling rates.

“We’ve identified an excellent site in Sunderland and are grateful for the positive welcome from the port and the city council. We look forward to pushing circular plastics in the UK.”

The plant will be designed to process more than 100,000 tonnes of plastic per year and process plastic waste from across the North.

The proposals have been welcomed by Sunderland City Council leader Graeme Miller, who is also chair of the Port of Sunderland.

He said: “We are absolutely thrilled that Port of Sunderland has been chosen as the preferred location for Quantafuel’s first UK operation.

“Sunderland is a city transforming, and investments like this, allied with other significant developments in the city centre, Washington and the Coalfields, give an increasing confidence in the economic future of our city.

“There has been a concerted drive to stimulate investment in the city in general and the port in particular, with a huge programme of infrastructure works carried out to make parts of the estate shovel-ready. Quantafuel’s decision to locate to Sunderland vindicates this work and is testament to the ambition of the Port of Sunderland and the city council as its municipal owner.”

Quantafuel recycles plastic waste by breaking it down chemically to produce oil that can be used in the production of virgin-grade recycled plastic.